In everyday usage to criticise is to ‘to find fault with’ through words that cut and destroy by judging unfavourably. Criticism may be expressed sarcastically and directly to the person responsible for the issue or alternatively delivered behind their back to a third party who is not present. Such communication can be very damaging and should only be used in limited circumstances by Christians.

The dangers of criticism

2/. Criticism, especially when made to a third party, easily degenerates into gossip, which further complicates the resolution of the issue. Only the people directly affected should be involved – to avoid slandering someone to others who are unlikely to be able to remedy the matter. A good rule to live by is, ‘do not say behind a person’s back what you wouldn’t say to their face’.

3/. Criticism often arises from jealously or personal inadequacy. As such, it says more about the person doing the criticizing than the behaviour of the one being condemned. Often it is an excuse to vent built-up negative, emotional pressure within, by attributing blame and guilt to another.

4/. A sense of self-importance and self-righteousness can develop in a person who criticizes as they become arrogant and judgemental. The teaching of Jesus is to get our own life in order before spending undue time sorting out someone else and his or her faults – especially if we are guilty of the same deficiency as this is hypocrisy (Mt 7:3-5).  A person with a critical spirit is regularly complaining, is ungrateful and fails to see the grace, beauty and blessing that God lavishes on us sinful and rebellious humanity. The Bible says, the mouth speaks out what is in the heart, so our thoughts must be monitored so our minds think good thoughts, rejecting those that are not (Lk 6:45; Rom 12:1,2; 2 Cor 10:5; Phil 4:8). There is a significant difference between helping someone improve and having a critical negative spirit.

The role of criticism

Scripture says, “Don’t criticise, as it breaks the law of loving one another” yet we are also to “speak the truth in love”, though love alone cannot be a substitute for the truth (Eph 4:15; Jas 4:11,12). Therefore

criticism is not always dangerous but it must be used discerningly. It has a role in curbing dangerous behaviour and guiding people into better ways of speaking and acting by coming alongside to uplift, correct, guide and help them grow strong in those areas. There are times when we must take action to rectify or correct a situation, whether challenging a friend who is entering into sin, or rejecting teaching that is inconsistent with the Bible (Lk 17:3; Heb 12:6,8,10). If we need to hold others accountable or give reproof we must do it humbly and lovingly, letting the other person present their side too as we walk in relationship with them (Jn 7:51; Gal 6:1). While they may have failed, they are not a failure. We need to judge people’s actions but not condemn them as people. The golden rule of doing to others as we would like them to do for us should be our motto to live by (Lk 6:31).

Rather than voicing disapproval about specific activities give people encouraging suggestions for improving the situation. Say how you would like things to be instead of saying what’s wrong. Asking ‘is it possible?’ shifts the emphasis from the problem towards a satisfactory solution for attaining the desired goal. Mentioning the effort put in and the good things that are already evident, will inspire and

encourage the other party to co-operate more. If we have time to criticise a person, we have time to pray for them. Guarding our own tongues is integral to the process (Jas 3:1-10). If we don’t frequently express appreciation for acceptable results yet readily speak disparaging remarks when our expectations are not met we risk creating discord, so if you can’t say something positive don’t say anything. If criticism can't be expressed in keeping with the fruit of the Spirit, it is better left unsaid (Gal 5:22,23). The better we understand God's grace, the more gracious we will be with others (1 Pet 2:1-3).

We can avoid much criticism by living uprightly, being of good character and showing goodwill – doing right in the eyes of God and others (Lk 6:31; Rom 12:17; 2 Cor 8:21). Endeavour to avoid doing things in a way that annoys other people and for which they may criticise you, but never compromise on the truth. “Do everything without complaining or arguing…” even when things are not done the way you think they should be (Phil 2:14). God is working in each believer’s life, and He hasn’t finished with any of us yet – we are all a work-in-progress (Phil 1:6). 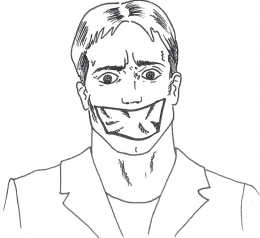 1/. Giving criticism. A ‘softly, softly’ approach is vital. If possible, reflect on the situation and pray before you respond. Remember your purpose is to reform by pointing out faults, shortcomings and sins not ‘cut down’ so be truthful, loving and encouraging (Heb 10:24; 1 Thes 5:11). The motivating factor is to bring them back into an open relationship, not because you are annoyed, disappointed, trying to pass blame or with malicious intent (1 Cor 3:15). With humility show mercy and kindness, wishing the best for the other person and make right judgements (Zech 7:9; Jn 7:24).

2/. Receiving criticism. Take a deep breath and humbly reflect on the observations before responding. “Do not repay evil with evil…[but] with blessing…keep your tongue from evil and your lips from deceitful speech” (1 Pet 3:9,10).  Remember Jesus is your model. He did not retaliate but trusted Himself to the impartial and righteous God (Mt 27:39-44; 1 Pet 2:23). It is hard to maintain one’s composure when being criticised, but blowing one’s top does not help.


We can learn from our critics as there is likely to be some measure of truth in what they say, so hear them out, and be open to the Holy Spirit speaking to you. To reject their comment is to deny yourself a valuable key to life (Prov 15:31,32). Try not to defend yourself or retaliate in any way, instead respond in the opposite spirit by speaking kind words to break the vicious

cycle  (Prov 15:1). We shouldn’t consider those who point out the truth and uncover our blind spots to be enemies.  Instead we can appreciate their courage to confront and point out better ways (Gal 4:6). Also reject the temptation to quit, instead be willing to say sorry if you are in the wrong, and amend your ways.

When experiencing criticism remind yourself of your standing in Christ where ‘all things work for your good’ (Jn 1:12; Rom 8:28). If it is unjustified commit yourself to God’s love (2 Sam 16:12; 1 Pet 2:19-23). Look beyond this event to the character that is being fashioned in you.

3/. Self-criticism can be a positive exercise whereby, through healthy personal reflection, we evaluate our achievements – where we have done well and areas where we can grow as we learn from mistakes we have made. Living a ‘considered life’ will help us not to fall into some of the traps that accompany impulsive behaviour.

Self-examination is beneficial when focused on a specific area or habit that needs attention rather than a general appraisal which is liable to be merely congratulatory or condemning. Such reflection is especially important before worshipping God and taking communion (Mt 5:23,24; 1 Cor 11:27-34). The Bible says, “Ponder the path of your feet”. This may result in confession to God when we have failed and will add to our self-esteem when we return to a ‘cleansed relationship’ with God (Prov 4:26; Isa 59:2; 1 Jn 1:7,9).

In some fields of study (e.g. literature), the term criticism is also used in a technical sense, as a process of evaluation. Critical thinking is identifying reliable information. Literary criticism and historical criticism are both elements of advanced Biblical study.